ENVIRONMENTSELECTION OF THE CURRENT ISSUE

Interview with Pascal Lamy and Geneviève Pons-Deladrière, President and member of the European Starfish Mission

“Improving knowledge of the Ocean

imposes the project of a digital twin“

President of the European Starfish Mission

member of the European Starfish Mission.

In 1869, Jules Verne imagined the Nautilus, a submarine capable of diving “20,000 leagues under the sea” to discover the fascinating environments of the deep. More than 150 years later, in an effort to accelerate scientific and technical progress, it is time to take advantage of the potential of digital technology to explore marine environments and regenerate them.

The state of health of the ocean, and more generally of the entire aquatic system, is severely threatened by human activities, ranging from climate change and pollution to urbanization and overfishing. In this context, the European Mission “Restore the Ocean” (Starfish 2030) has made ambitious proposals to achieve five goals: regenerating of marine and aquatic ecosystems, eliminating pollution, decarbonizing the blue economy, revamping governance, and improving knowledge of the ocean.

A digital copy of the ocean

The project of a digital twin of the ocean was initiated in the context of this last goal. An ambitious idea: building a digital copy of the ocean in all its dimensions with the help of artificial intelligence and a combination of models. This digital twin of the ocean will aim at describing and simulating the main functions and properties of the aquatic and oceanic system, allowing us to understand what would otherwise have taken decades to discover. Initially designed on a European base, and eventually on a worldwide level, it will make it possible to assess different scenarios and thus facilitate science-informed decision making.

This “virtual Nautilus”, for which Mercator Ocean International played a role in laying the foundations as part of the Copernicus satellite system (1), will require significant interdisciplinary work at the European level as well as at the level of the Member States, starting with the acquisition of a new quantity of space and marine observations. The research and science community and that of maritime policies and environmental protection, will have to cooperate closely to make sure that the former provides the latter with the most reliable information.

A European twin connected to the world

The ocean has no borders. Creating a European digital twin of the ocean only makes sense if it is connected to the rest of the world, to make sure that it meets our investments and expectations in terms of knowledge. In this perspective, we must already plan the interaction and interoperability of our twin with others.

Vladimir Ryabinin, Executive Secretary of the Intergovernmental Oceanographic Commission of UNESCO in charge of the United Nations Decade of Ocean Science for Sustainable Development (2021-2030), has committed in this sense. In addition, we need to think now about prioritizing research topics by taking into account the main threats as well as the expectations of the public. The issue of sharing discoveries and results with developing countries will also have to be addressed. The digital twin of the ocean is no longer a dream. The President of the European Commission, Ursula von der Leyen, announced at the One Ocean Summit in Brest (2) that it will be operational by 2024. Science is within reach, it is up to the political leaders to do their part to ensure that reality meets our expectations.

(1) Copernicus is the European Earth observation and monitoring program (formerly called GMES/Global Monitoring for Environment and Security). It is one of the two major European programs alongside GALILEO. Source Mercator Ocean International

(2) The One Ocean Summit, entirely dedicated to the ocean took place in Brest, at the initiative of France, from 9 to 11 February 2022.

The deep seabed, the beginning of a new era ?   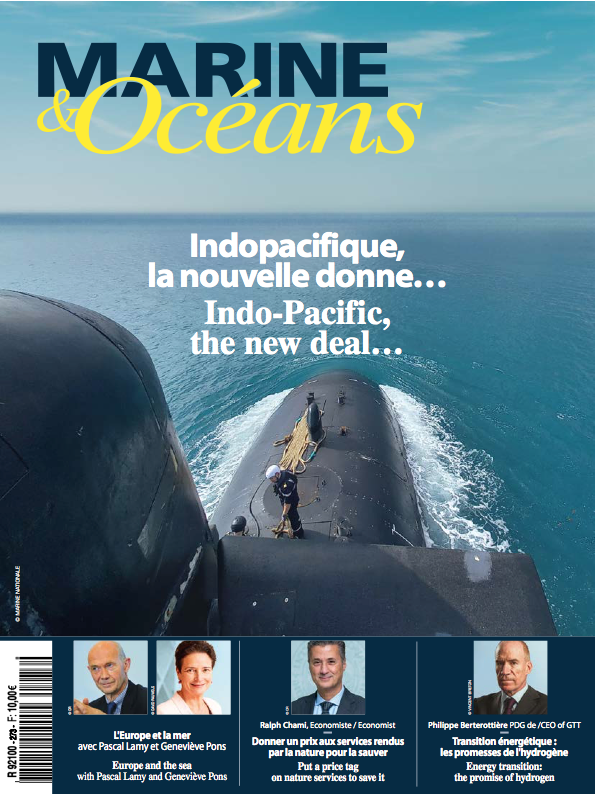 The deep seabed, the beginning of a new era ?  

Interview with Virginijus Sinkevičius, European Commissioner for the Environment, Ocean and Fisheries