The EU initiated the research and innovation programme Horizon Europe to address some of the major challenges of our time. It includes missions that involve particularly ambitious research efforts. Initiated within this framework, the Starfish 2030 mission intends to restore Europe’s marine and aquatic environments by the end of the decade. Interview with Pascal Lamy, Chairman of the Starfish 2030 mission Committee, and Geneviève Pons, representing the Assembly surrounding the Committee.

What is the origin of the Starfish 2030 mission, and who are its main actors and driving forces today?

Pascal Lamy: The previous Commission had identified five major priorities which are now being addressed in the context of the Horizon Europe programme for the period 2021 – 2027: fighting cancer, adapting to climate change, green cities, soil regeneration and, finally, preserving marine and aquatic systems. Meanwhile, through the Lab-Fab-App concept(1), we expressed the idea of reorienting part of the European research funds specifically towards the seeking of concrete solution to specific problems, whereas the standard practice usually consists in funding basic research hoping that a few significant breakthroughs will emerge from it. One of the results is Starfish 2030, an ambitious mission to re-generate our “hydrosphere” by developing disruptive innovations within a limited timeframe and involving European citizens.

Geneviève Pons: In line with all Horizon Europe’s research and innovation missions, Starfish 2030 includes a mission committee, chaired by Pascal Lamy, as well as a larger assembly, which I represent(2), comprised, as is often the case in European structures, of actors from many countries and backgrounds(3).

Among the key drivers of our actions, let me mention of course Pascal Lamy, a very active and committed president, but also, on the French/Spanish side, Antidia Citores from the Surfrider foundation and François Galgani from Ifremer.

The other Committee members(4) also show strong commitment in their countries, including Tiago Cunha from the Azul Foundation, whose country is currently presiding over the European Union, which gives him a particular role and responsibility in this 6 month period.

We quickly agreed to take a systemic approach and address the whole hydrosphere, not just the oceans. We very quickly realised the need for an approach of our project that would be understood by the greatest number of people.

That is how the idea of a starfish with its five branches representing the five indissociable axes of our mission was born.

Are some axes more a priority than others?

Geneviève Pons: The survey conducted for Starfish 2030 in November 2020 in eight European countries(5) illustrates the EU citizens’ desire to become involved in this issue in their everyday lives. Our intention is to provide them with digital tools that will allow them, for example, to report information on pollution that can be used by scientists or environmental associations. In this respect, the approach consisting in building up knowledge and creating emotional ties is essential.

What is the Mission’s progress at this time?

Pascal Lamy: For the moment, we are still in the preliminary phase of the project. We are completing the Starfish 2030 report, which details some 30 proposed actions. The Commission services are now converting it into an operational implementation plan. The European Commission will have these elements available by next May. Starfish 2030 is then expected to be approved and become a major axis of European action.

Pascal Lamy: The indicators are quite good. It seems that the Commission is now beginning to consider and organize the governance structures required for the implementation of Starfish 2030. This is always a delicate and complex phase. The fact that it is being anticipated is encouraging.

Geneviève Pons: The Starfish 2030 initiative emerged from the previous Commission but is now perfectly in line with the European Green Deal(6), which constitutes the new Commission agenda. Frans Timmermans, Executive Vice President of the Commission, and key actor of the European Green Deal immediately showed his willingness to take part in the event that we plan to organize next May for the Mission(7), on which we also expect the presence of the French Minister of Ecological Transition, Mrs. Pompili. The support of France, which will take over the presidency of the Council of the European Union in early 2022, is very likely and should enable us to make Starfish 2030 a flagship project of the EU under the banner of the Green Deal.

In practice, what are the first planned actions?

Geneviève Pons: The first operational actions will focus on three themes: the recovery of ecosystems, a zero-pollution objective, and a climate-neutral blue economy, where governance and educational aspects will have a supporting role. In this perspective, the Mission will thus be able to develop existing initiatives such as the BlueMed initiative or the Plastic Pirates campaign, or launch new ones: the Blue Erasmus program, the creation of an Ocean Digital Twin, the upgrading of the coastal fleet with environmentally friendly engines, to mention just a few.

Pascal Lamy: Success of the Mission will also depend upon its integration within major European strategies and action plans recently initiated or under development, such as the biodiversity strategy, the zero-pollution action plan, and the strategy for a sustainable blue economy, as well as the strategy for adaptation to climate change in which the Missions are already included. This implementation will be coordinated by the services of the European Commission.

Have French maritime actors been informed about the Mission?

Geneviève Pons: We naturally consulted and involved them at a very early stage, as we did virtually everywhere in Europe. We met lots of decision makers, and notably shipowners and actors involved in renewable energies. We also had to navigate through the complexities of the fight against overfishing, a particularly touchy issue that needs to be addressed if we want fishing to evolve into a truly sustainable activity.

Pascal Lamy: One of the benefits of a mission like Starfish 2030 is to bring together a very large number of actors. In France, we collaborated with several ministries, with the Secretariat General for the Sea, with many scientists, representatives of the civil society and of the economic sectors involved in the hydrosphere, bearing in mind that we are not only focusing on the oceans, but on all aquatic ecosystems. The number of parties involved therefore exceeds that of the traditional maritime operators. The French Maritime Cluster and the European clusters are also committed and have expressed their wish for the operational launch of Starfish 2030.

Does Starfish 2030 connect with other international initiatives such as the Decade of Ocean Sciences that has just been officially unveiled by the United Nations?

Pascal Lamy: We effectively collaborate and exchange with UNESCO and Vladimir Ryabinin, the Executive Secretary of the Intergovernmental Oceanographic Commission, who is leading this Decade on behalf of the UN. There is obviously an international dimension to the Starfish 2030 mission, given that the hydrosphere that we intend to rebuild at the European level is not separated from the rest of the world. We are therefore actively involved with UNESCO, but also with the COP 15 in Kunming, China, and with the United Nations Conference on the Oceans. Our general framework is of course SDG 14(8), which itself forms the basis for the Decade of Ocean Sciences. All of this being also interconnected with other initiatives, such as the Paris Forum on Peace, which awarded the Antarctica 2020 initiative, for example.

Pascal Lamy: It really depends on the issues and objectives that are considered. The High Seas Treaty progresses to a conclusion that we hope to achieve in the near future. The negotiations to cut subsidies that encourage overfishing could also be completed in the coming months. On the other hand, in terms of seabed protection, things are not progressing so well. There is also a preoccupying geographical disparity, since all the regions of the world do not progress at the same pace on the same subjects. A new assessment will be made at the next United Nations conference on the oceans, to be held this year in Lisbon. 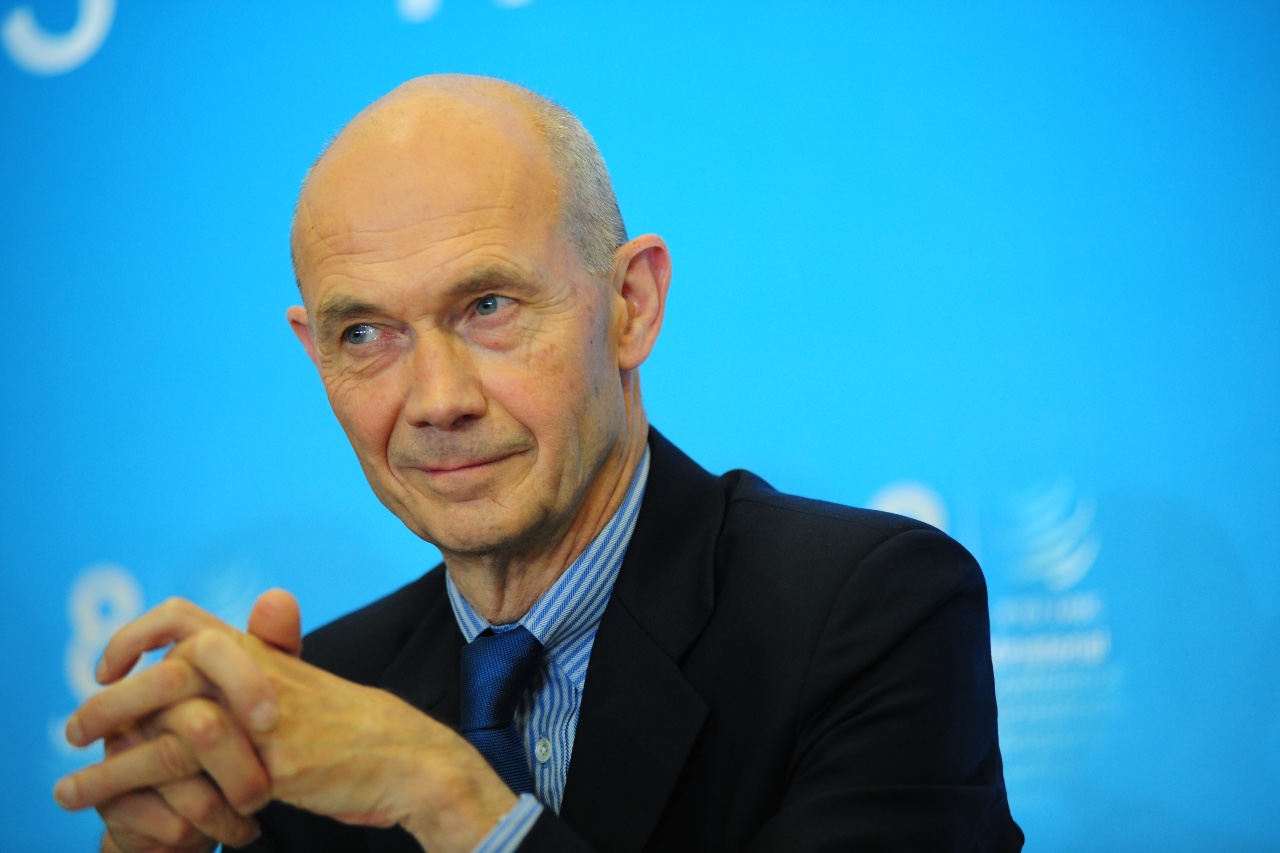 Pascal Lamy is the President of the Paris Peace Forum and of the Europe Branch of the Brunswick Group. He is Special Advisor to the European Commission on prospective issues. President of the French National Committee of the Pacific Economic Cooperation Council (PECC), he also participates in numerous institutes and councils (Jacques Delors Institute, Beijing Forum, World Trade Forum…). Pascal Lamy was from 2005 to 2013, Director General of the World Trade Organization (WTO) and from 1994 to 2004, Commissioner for Trade. He is an affiliated professor at the China Europe International Business School (Shanghai) and at HEC (Paris). Latest publications: Strange new world (Odile Jacob 2020); Où va le monde?  (Odile Jacob 2018). www.pascallamy.eu 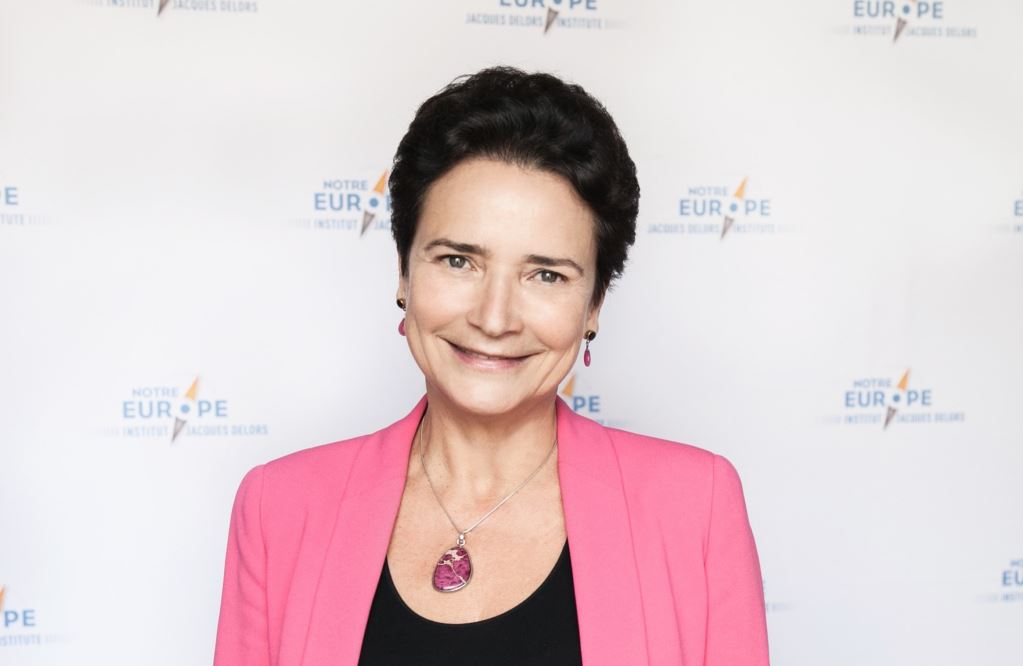 Geneviève Pons is Director General of the Europe Jacques Delors think tank. She was in charge of the environment and climate in Jacques Delors’ cabinet during his last two mandates as President of the Commission (1991-1995) and is still, to this day, considered one of the most active and influential women leaders in this field. Former Director of WWF Europe, Honorary Director of the European Commission, she is an active member of the Antarctica2020 coalition which aims to protect vast marine areas around Antarctica, and of the Ocean Unite network which mobilizes personalities for the conservation of the oceans. Geneviève Pons is a graduate of Sciences Po Paris, the Sorbonne and ENA. 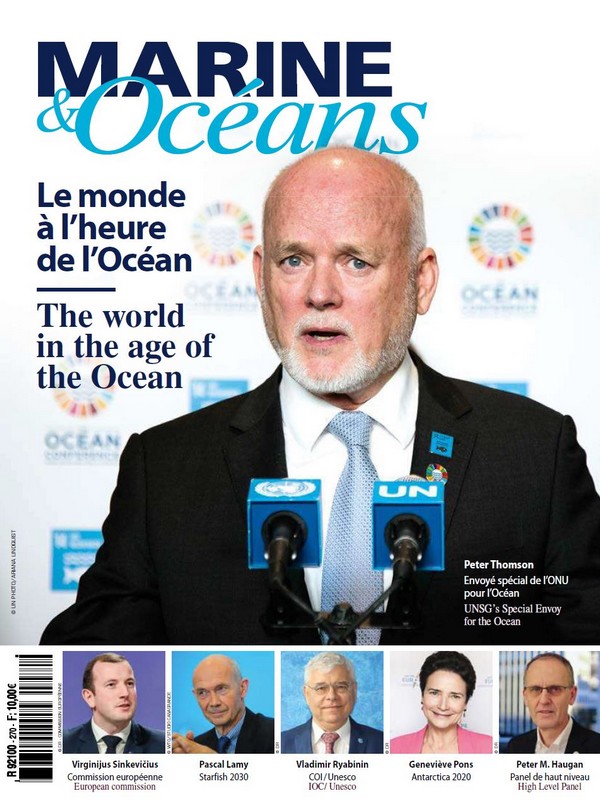